Olajumoke Adenowo is a multiple award-winning Architect and has constantly been referred to as the “Face of Architecture” in Nigeria. With over 30 years of experience below her belt in the architecture scene, Olajumoke has been a part of many prestigious & monumental projects at home and abroad.

Olajumoke, a pioneer recipient of the keenly contested New African Woman in Business Award (from the same stable as the African Banker of the Year Award) was also nominated for the West African Business Woman of The Year award at the CNBC All Africa Business Leaders Awards in 2014.

Olajumoke has been featured on CNN African Voices and profiled on CNN as Africa’s ‘Starchitect.’ She has also been listed in the world’s foremost Architectural Journal; Architectural Record. In 2013 she was featured amongst other global personalities of black ancestry in the Hall of Fame, Black History Month by the University of West England, Bristol. Olajumoke Adenowo serves on the Juries and panels of global initiatives such as The Cartier Initiative for Women Awards.

Olajumoke has perpetually been precocious. Getting admitted to Obafemi Awolowo University (then University of Ife) at the age of 14 and graduating at 19, she bagged the first distinction in Masters of Science (MSc) in Architecture in the school’s history. Olajumoke also graduated with a record number of awards in the B.Sc. and M.Sc. programs for her academic work including Best Student in Design in the BSc. Hons and MSc. Programs, Best Overall Student, Best Housing Studies Student amongst several others.

She is married to Olukorede and they are blessed with two sons.

There are no upcoming events at this time. 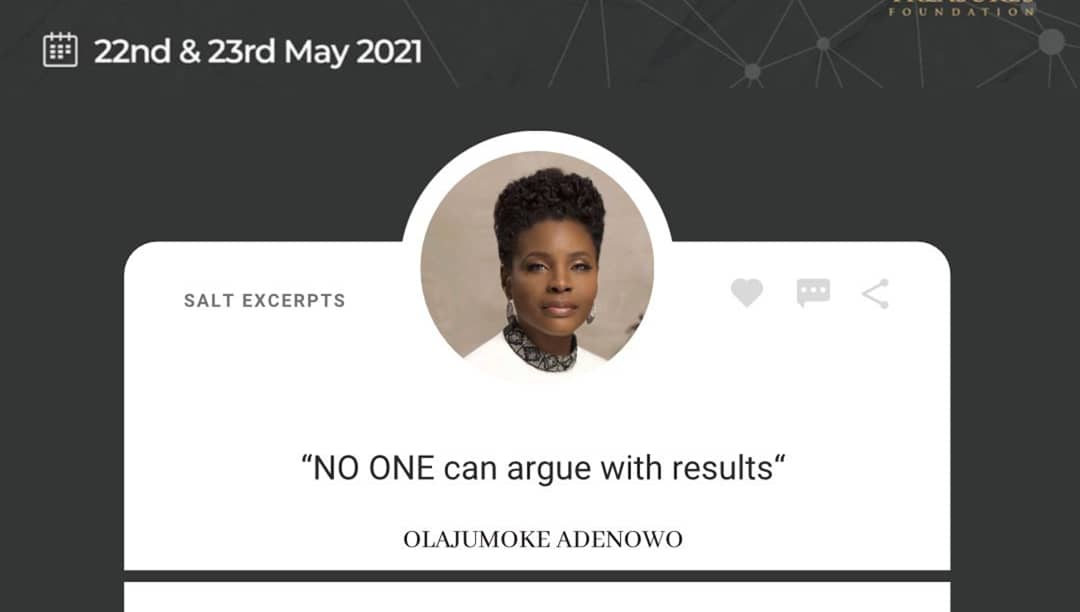